Just like last year, Jack and I took off for the Oregon coast to get away and celebrate my birthday. This year it was Seaside, Oregon. This time it wasn’t just the two of us. We brought one the four-legged babies; Mia.

The weather couldn’t have been better. It was warm and near 60 degrees during the day and each night we were treated to beautiful sunsets.

As always when the weather is nice on the Oregon Coast, the scenery was breathtaking.

What was different was having a puppy tagging along. She required a bit of work, but she was mostly a ton of fun to have with us.

We spent our first night relaxing in the hotel and getting rested up because the next day was spent walking around and shopping. Mia was with us the whole time and attracted a LOT of attention from the many people enjoying the coastal shopping opportunities that day. Seaside is pretty dog-friendly. Many shops allow the dogs inside and even put out bowls of water for the pups outside their doors. Many people stopped to pet her and she enjoyed every second of it.

For Mia’s first time out on the beach we kept her leashed and close to us. The second day we got brave and let her go off-leash to see what she’d do. To our delight she stayed close to us most of the time and came running every time we called her if she wandered too far.

She discovered the joys of digging.

Jack did too. 🙂 We’ll probably pay for that this summer when we have no yard left.

We were thoroughly impressed with how well-behaved she was the entire weekend, especially being only 5.5 months old! She sure is a smart one!

You can view the rest of the photos I uploaded here.

Today is the official first day of fall, and it’s going to be 90 degrees. *melt* But the end of summer for us was the first day of school:

For Kevin, you’ll have to use your imagination. I had to drive him to school the first day at the butt-crack of dawn and in my sleepy stupor I totally forgot to snap a picture. I suggested to him in the car on the way there that we could take one when he got home and he said “nah, that’s OK”. Then didn’t come home till 8:30 PM. Stinker.

The weekend after school started was Labor Day weekend. We had plans to go camping. Unfortunately we didn’t make those plans till about two weeks prior and every campground in the known world was booked solid. Then the weather forecast was looking pretty grim, so we decided to go Camping at Cathy’s. She lives in the wilderness and we could totally ignore her house and camp in her yard and it’s be like real camping. If the weather turned bad, we could camp on her living room floor. It was win-win.

Then Jack’s work decided to mess with us and declared everyone had to work through the holiday weekend and any scheduled paid time off between then and October 1st was canceled. I was spazzin’. (You may have noticed if you follow me on twitter or facebook.) There were tears, angry words, and disappointed children. Then… they said “oops, we lied, that’s next weekend”. Well, DUH. We all knew they’d be working the weekend AFTER Labor Day. That’s been planned for a long time. So the tears were for nothing…

Unfortunately the weather forecast just kept getting worse and by the day before we were to leave, the weather gurus said there would be lots of rain, high winds, and thunderstorms at Cathy’s house. We left the tents at home.

We drove up there in a rain storm, but even in the rain, the Columbia Gorge is beautiful. By the time we got to Cathy’s the rain had dissipated and the kids got to play with the cows.

They had more fun feeding those cows. The cows weren’t complaining either. Every time they saw the kids come outside they’d saunter on over to the fence.

The weather was nowhere near as bad as the weather gurus said it’d be. There was no wind, no thunderstorms, and only occasional rain showers with sun breaks in between.

We had a blast! We were lazy, watched movies, hung out on Cathy’s back deck looking at the incredible landscape, and visited my best friend in the world. A perfect ending to our summer. View the rest of the pictures here.

Whenever we travel to the Oregon coast, I’m always in awe of just how much there is to see and how gorgeous it is. Saturday and Sunday nights of our trip we were treated to a breathtaking sunset. Unfortunately I took about 50 pictures of it before I realized the lens on my camera was dirty so only a few turned out. The rest had spots on them. 😦

Here’s a couple that did turn out:

So bright and orange it almost hurts the eyes!

On this one I love how the sun looks more like the planet Jupiter than a sun.

This is where we stayed. Our room was the top far right room with the triangle windows above the three rectangle ones. We had a loft with a hot tub where we could look out those upper windows and view the ocean.

Here are more photos from our Anniversary Getaway.

Last weekend we crammed the kids and dogs into our minivan like sardines and took off for Cathy’s house in Trout Lake, WA. The kids pitched a tent in her front yard so it was like camping for them.

I’ve missed my Cathy-friend so it was awesome to see her. And the scenery. OMG the scenery. I took 439 pictures. I’ve uploaded 39 of them here: Cathy’s House, Trout Lake, WA Most of the mountains, grass, and animal pictures I took were views from Cathy’s back porch.

We discovered on this trip that we have really really outgrown our minivan. I haven’t mentioned it on here yet but we’re moving from fostering to adopting my niece. So our family has “officially” grown by one. (She’s legally free to be adopted now, we’re just awaiting the finalization … which could take a long time.)

Whenever we travel to family or a friend’s house, we try to bring food. At the very least some snacks and drinks so we’re not putting anyone out. We couldn’t even fit one small cooler in our van with the two dogs all the seats taken. In the past whenever we took *all* the kids, we’d rent a passenger van. We figured we were saving a lot of money by doing that. But we realized that it limits us way too much to depend on renting whenever we want to take the whole, or even just most, of our tribe anywhere.

R&D recently got a big SUV and that was also part of our inspiration to actually look into this. We’d love to be able to toss the kids, the dogs, and some gear and take off on a weekend here or there and not be limited by the miles, time, money, etc. that comes with renting a vehicle.

And I really want to be able to steal away to Cathy’s house any time it’s possible and not have to worry about which kids get to go with us.

Jack and I are in Lincoln City this weekend, just the two of us, no kids. This is the first time we’ve gotten away alone in over a year. We were over due. Mother Nature must have known we needed some serenity in our lives because a beautiful sky, warm weather, and the bluest I’ve seen our ocean be in a long time greeted us when we arrived. She also treated us to one of the prettiest sunsets I’ve ever seen:

This is my first ‘themed’ Thursday Thirteen and the theme is:

In order to get ready for vacation time, we asked you to write about thirteen places you’ve visited that you’d recommend.

I saw this theme and knew it was perfect since in just a week we’ll be having our first weekend getaway alone in almost a year! Yay!! But then I wondered… have we been to thirteen places worth mentioning? ACK. So.. here goes. 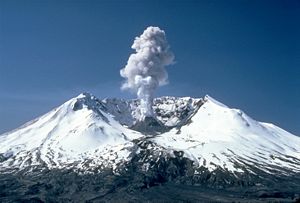 Well that wasn’t near as hard as I thought. Granted most of the places I’ve visited in my life time are local to the Northwest but that’s one of the many great things about the Northwest. There’s so much to see and do!! I forget that sometimes. I needed to not worry. I could easily come up with 13 more. 🙂

I like memes that can be about anything, such as Thursday Thirteen. It helps on those days… or heck even weeks when you have nothing really spectacular to write about.

I know I’ve written twice today but I found a new meme called “Friday’s Feast“. It reminds me a bit of Friday Five. Remember that meme? Everyone did it and I looked forward to it each week. There have been knock offs since but it’s never quite been the same.

This one looks like it’s been going a while and is gaining popularity. I wasn’t sure what it’d be about with “feast” in the title. Cooking? Food? nutritional supplements? Turns out none of the above.

Appetizer
On a scale of 1-10 with 10 being highest, how much do you look forward to your birthday?
When I was a kid, 10 definitely. Now? um… 5. My birthdays never seem to be that spectacular. Except for the Hawaii Birthday. That was pretty awesome.

Soup
What is one word you don’t like the sound, spelling, or meaning of?
It’s a naughty word I refuse to even type. It starts with a ‘c’. I hate that word so much I didn’t even want to give the first letter.

Salad
Do you wear sunglasses when you’re outside? If so, what does your current pair look like?
Yes, always. My eyes are sensitive to the sun. Um, they aren’t anything special. Just a pair of normal sunglasses. Probably similar to the ones Arnold wore in Terminator. “I’ll be back.”

Main Course
If you were to write a book, to whom would you dedicate it?
Jackson. And my kids. Without a doubt.

Dessert
Name a beverage that you enjoy.
Diet Coke with Lime. My stomach hates it though.

Well that was fun. Maybe I’ll do this one again next Friday. 🙂